1. Babies.  There will always be babies on your flight(s).  My day before Thanksgiving flight had five–count them–FIVE screaming babies.  Thankfully it was only a 90 minute flight.  (There truly is a god.)

2. Weird Family Members.  You have a to spend a lot of time trapped in small places with (awkward, annoying, or odd-smelling) family members.  Not only are you stuck next to Uncle Bill (who always hugs you just a little too long when you see him), but now you have to hold on to your sister’s/brother’s/cousin’s child who you’re pretty sure just dropped the baby equivalent of a nuclear bomb in his diaper.

3. Relationships.  Are you married?  Are you dating?  Are you going to get engaged soon?  You should have kids!  When are you having kids?  Why are you single?  Where is your boyfriend?  Why didn’t you bring your girlfriend?

4. There is never enough Egg Nog.  Or there’s only enough Nog without any rum.  And who really wants Nog with no rum?

5. Fake Wars.  The “Keep the Christ in Christmas” people are back.  Just when you were getting over your rage from their obnoxious and nearly-constant Facebook posts from last holiday season, here they come again.  Y’all are in the majority, Christians.  Nobody is trying to take Jesus away from you.  Calm the eff down. Some of us Jews/Muslims/Buddhists/Atheists/Secular Humanists want to be friendly and wish you joy.  Just accept it nicely and move on.

6. Shopping.  There is so much shopping to do.  It’s expensive and all the people surrounding you in the store are terrible. 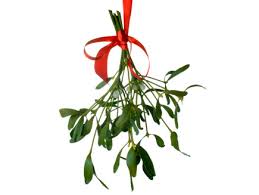 9. Stressed Parents.  Specifically, parents who are stressed and in public places with their children.  The children are being awful.  A few days ago, I saw two kids sitting in a cart, one kid was beating his sister in the head with a box; she just took it.  She was too tired to fight off his awfulness.  Kids are crazy.  Parents are tired.  They will hit you with a cart and not think twice about it.  They probably won’t think once about it.  They don’t care about you; they just want to buy a damn barbie and leave.

10. Fatness.  You will get fatter, and then you have to go back to work – fatter.