When Kate and Patty were seniors in college (yes, we both have degrees – with HONORS, y’all), we wrote theses on various portions of English literature.  Kate’s thesis was really, really amazing.  Patty received credit for hers.

To celebrate finishing their behemoth essays, aka mini-books, aka hundreds of lost hours, the girls through a party.  They invited everyone in their cohort – all 11 people!  Kate drank some reasonable amount of alcohol, Patty had seven flasks of cheap whiskeys before they left the house, and she held it like a boss.  Everyone got pretty shitty and it was great.

This is what Kate and Patty wore.  They did not plan it, but they both wore skinny jeans, tanks, and black blazers.  Why?  Because they were so tired and skinny jeans with blazers always look good.  ALWAYS.  Plus, blazers force a person to stand upright more than they might otherwise; this is very helpful when tired and/or drinking.

At one point, one of the amazing ladies of the cohort left and brought everyone burritos.  She smuggled them in her purse and the group ate them gratefully, greedily, and a little sloppily.  She even knew to make certain ones vegetarian.

Turns out, she was in the first place they looked – the bathroom.

Kate and Patty bravely walked into the bathroom and promptly saw two cute little strappy heels sticking out from a stall.  There she was.  “Are you okay?” we asked with genuine concern.  She apologized and told us to leave, but we stayed and kept trying to convince her to let us help.  “Open the stall.  We’ll bring you some water.  Come one, let us in.”  She kept telling us to go.  She was embarrassed and largely coherent, but we pressed on offering help in our adorable blazers of questionable dressiness.

Here’s the scene: Kate is standing outside the stall, trying to reason with an intoxicated friend.  Patty, the far drunker of the two, was sitting on the ground, rubbing the calf of their friend, and also trying to gain access to her.  They just wanted to get her some water.  This was not a clean bathroom.  Oh, and it was a MONDAY.

Then, the weirdest thing happened.

Two young-ish women burst from a stall from the other side of the “Ladies” room.  One was clearly the alpha-friend, while the other had been marginalized to the “hype woman” of the pair.  The louder, more boldly dressed of the two began yelling quite aggressively at Kate and Patty.

She screamed, “Why don’t you care about your friend?  You shoulda been down here, taking care of her.  You don’t care!  You’re bad friends!”

Kate and Patty: “When she left to go to the restroom she didn’t announce, ‘I might barf!’, she just went downstairs.  She hasn’t been here that long.”

Screaming woman: “Ahhh [I feel like yelling at strangers, and you’re the only people here.  I heard a girl barf and now it’s your fault.] Ahhh!”

Kate: “Back off!  You’re not involved in this.”

Drunk Patty: “Why is anyone yelling?  You don’t need to be angry.  We’re all just concerned about our friend.  It’s all good.  It’s alllll good.”

Kate: “No one thinks we’re gangster.”

Kate and Patty: (sensing danger) “We don’t want to fight you.”

The quietest person alive/Kate and Patty’s drunk friend: “SHUT THE FUCK UP.  THIS IS NONE OF YOUR BUSINESS.”

Kate and Patty and everyone: “Holy crap.”

And then Kate climbed under the stall and pulled Drunk Patty in to safety.  Everyone was okay and we got a great story out of it.

Also, those burritos were good. 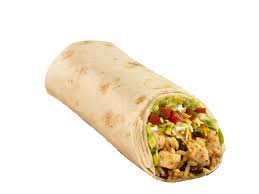