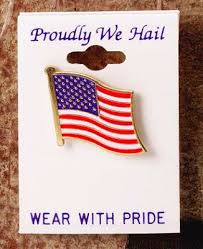 Wearing a flag pin on your lapel proves nothing about your patriotism.  All it means is that you purchased a cheap, tiny flag from a cheap, tiny tray of trinkets.  OR It means that your campaign manager found one on the ground and thought you better wear one before everyone accused you of being anti-American.  Apparently, putting a tiny hole in your suit proves your overwhelming commitment to America.  Right, that totally makes sense.  It’s just like how when you’re dating someone and they wear a cheap, tiny pin which prominently displays your face shimmering from their now holey lapel and you think to yourself, “Yes, this proves that this person truly and completely loves me in a mature and adult and reasonable and actual way.  I feel completely comfortable leaving my life and love in their clearly capable hands.”  Right?  It’s all clear proof and evidence of competence.

Wearing a flag pin, or flag t-shirt, or an “America, F*#k Yeah!” shirt obviously proves someone is both patriotic and a competent American politician.

EXCEPT THAT IT MEANS NOTHING!

Sarah Palin is so f’ing patriotic, so f’ing American, she wears entire American flags all up on her body.  That’s right.  A measly lapel pin won’t do it for this mavericky, Russia-watching Alaskan.  In fact, the crazy pants probably wears American flag underpants, American flag bras, uses American flag condoms…   Wait, wait, I’m sorry.  She doesn’t use condoms because those might block “God’s plans” from happening, and if “God’s plans” get blocked, how does the world get more babies named after random objects, places, and mathematical practices?  Oh well…  My point is that this lady wears a heckuva lotta American-themed crap.  And yet, when I look at this picture, I see an incredibly annoying, over-coiffed, idiotic, clearly insane, backwards, homophobic bitch-face who is also wrapped in an American flag.

Look at all these jerks.  Only four of them wore flag pins!?!?!?!  What? How dare they spit in the face of America like this?  A flag pin is everything, especially if you’re a Republican.

Remember the last election, when Obama wasn’t wearing a flag pin on his lapel and people kept saying that it proved he was a terrorist and a socialist.  I just don’t get why these dumbasses don’t see that they need to be so American it comes out of their eyeballs and leaks onto their lapels.  Duh!

Everyone is crazy.  America is just a country that we live in; it does not need to be on all of our belongings. 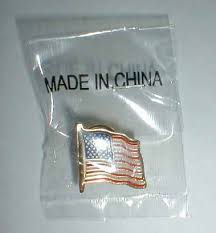